Witches, A Bee, And Giraffe Oh My!

One of our Halloween traditions is to go to Gardner Village and check out their incredible witches while the kids are all dressed up.

This year when we went it happened to be Witch's Night Out. It was crazy, crazy awesome! I can't believe this many women have awesome costumes. Definitely worth doing again. 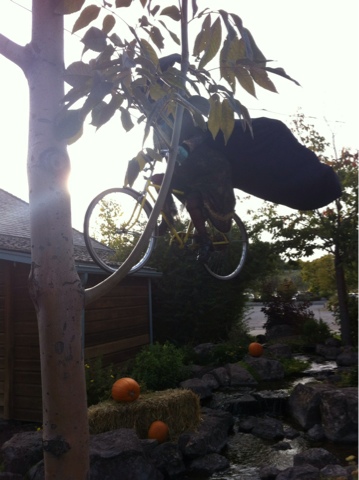 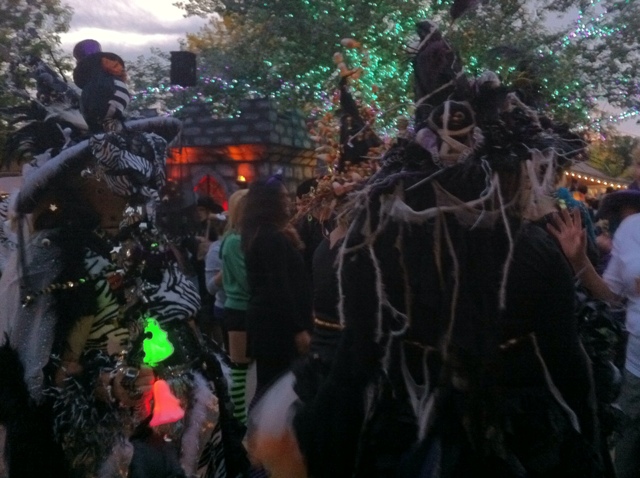 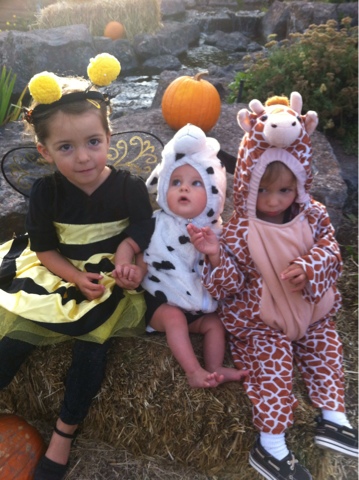 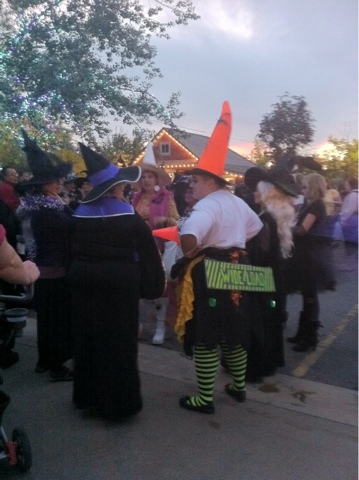 By the way Jon is wearing his Halloween costume so ignore the eyeliner, spiked hair, and earrings.
Posted by The Bensons at 1:46 PM No comments:

Must haves for family movie night.
1. Movie (duh) preferably without princesses and plenty of action--The Incredibles.
2. Soda.
3. Popcorn, lots and lots of popcorn.

Ryder is a big fan of popcorn and by the end of the movie and two popcorn bags later he was still holding the empty popcorn bowl. He clearly was chewing on some Kernels so Jon asked him to spit them out. Ryder than proceeded to spit out a ridiculous amount of kernels.

Ryder than looked up at Jon and said "Daddy nose."
Jon "Do you have popcorn up your nose?"
Ryder "Yes."

Jon was able to successfully remove a rather large kernel from his nostril despite the fact his assistant to the surgery had a major case of the giggles.
Posted by The Bensons at 1:25 PM 1 comment: