I admit it I am guilty, guilty, guilty. I've listened to Christmas music every day this week. I love it. Especially Bing Crosby and Elvis. Yesterday I found out there is a radio station (FM 100.3) that already is playing it 24/7. Just in case you are a freak like me. Hi my name is Dolly and I love Christmas.
Posted by The Bensons at 11:02 AM 1 comment:

Ryder is two and he isn't terrible.
Sure he is more prone to tantrums, but all in all he's been great--especially when compared to his sister when she was two or maybe that's why he seems so great.

He is really starting to communicate with us. I love hearing how kids try and figure out how to express themselves.
He says things like "open the door" when he wants help with a lid.
If he wants candy he says "trick or treat" (although he says with a German accent).
He asks to "hold you" when he wants to be held.
He has gummy vitamins (were are a genius invention) and he asks for his yummy bears. 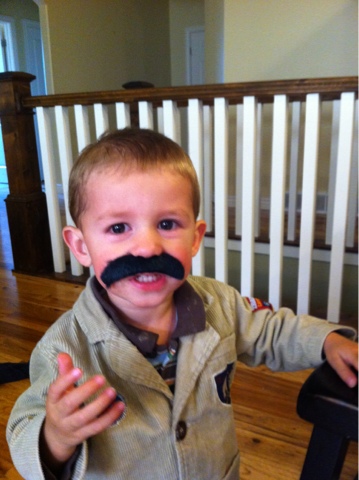 The Worst Way to Relieve an Itch

The kids and I were playing downstairs I went upstairs to check on my sweet sleeping baby. When I came back our toilet scrubber was just lying in the middle of the floor (directly on my carpet--gross!). I asked Lola why was it out. "I needed to scratch my back." 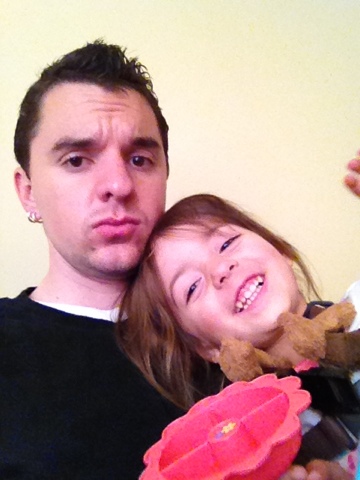 Update
This was taken Halloween night. Jon was a punk rocker so the earrings, spiked hair, and eyeliner are are fake.
Posted by The Bensons at 2:42 PM 2 comments: